7 Reasons You’re Not Getting Results From Social Media Marketing 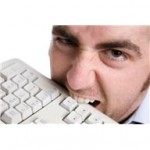 So many business owners have enjoyed success brought on by their social media marketing efforts. While this is the story for some users, there are many business owners who are still struggling to boost their readership despite the work they put into their social media. If you’re not seeing the results you hoped for, there may be a few things in your approach that are keeping you from that goal.

Here are ten of the biggest issues that may be causing you to see lackluster results from all of your social media marketing efforts. Once you understand the problem, finding a solution will greatly improve your success!

1. You’re acting like a marketer instead of a user. In social media, it’s important to be an active participant in the online community. People can tell when you’re only interest is to market your brand. This will make them less likely to take part in your polls, suggestions and posts.

2. You’re only fighting for you. If you are only voting for your own content and submissions, fellow users will take note of that and see you as someone who’s only there for self-promotion. Vote for other people on your social media sites. Submit content from other users. Show the community that your interest in them is genuine.

3. You’re not creating social media content. Some people believe that a great piece of content works in all mediums, but that just isn’t the case. What works great in, say, a magazine article isn’t going to hold the attention of social media users. Look at what other content is winning the favor of each social network’s users. What content is getting the most comments and votes? This will help give you a better idea of where your content needs to go.

4. You’re not being selective with your platforms. A lot of marketers think that, when it comes to social media, more is more. But when you try to maintain an active presence in each of those networks, the content that you’re putting out there is going to reflect the lack of attention you gave it. Instead of trying to be everywhere at once, determine which sites your target audience participates on the most. Limit yourself to only 2-3 social media sites on which you can give your undivided attention.

5. You’re readers aren’t active on social media. Shocking as it may be, there are still a lot of users out there who don’t participate on social networks. For those audience members, try to get them interested in some social media platforms that you favor. You can write a blog post about a social network that focuses on your niche.

6. You’re being too pitchy. Social media users are there to be social. They don’t sign on to read the latest pitch from every brand they like. On social networks, it’s important to focus on passive promotion. You can build links and boost exposure through social media.

7. You’re too focused on the major sites. Some major social networks will undoubtedly send you a lot of traffic since they have more users. But what those sites also have is a lot more users who are competing with you for the popular vote. When you participate on smaller social networks, like any that are niche-based, you may get more content voted up.

What do you focus on when it comes to your social media? Have you made some past mistakes? Are you making some now? Share with us!