Start Uploading Your Life in Google+ 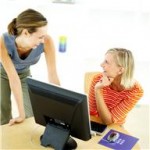 Google has finally thrown its own hat into the social media ring and the question everyone is asking is “How great is it?” Google+ is still in its trial stages, so it’s not yet open for everyone to join. But for those lucky ones who’ve had the opportunity to start from the ground floor of this new social network, it is shaping up to be an incredible new social media experience.

New features like Sparks and Hangouts are getting a lot of attention from initial users. With so many social networking sites on the scenes these days, it can be difficult to keep up with the status updates and tweets that are constantly coming in. There are some helpful tools out there, though, that can help get you better organized with your Facebook and Twitter accounts, and more than likely the same will be said for the new Google+. These tools can take some of the fun out of actually experiencing social media in all its glory, so from time to time, sign on to your accounts and have fun.

You can turn on the option to have anything you share on Google+ appear on your Facebook and Twitter pages. To keep from leaving your gmail tab open, you can put a gmail inbox notifier in the top bar. This lets you have access to your emails from right inside Google+. You even get to add comments on your Facebook and Twitter streams, retweeting and replying without having too switch out of Google+. Google Chrome extensions are easy to install with just one click.

Time will tell if this new social network is going to rank as well among users as current social media giants Facebook and Twitter. From initial feedback, things are looking very good for Google.

Have you been invited to try out the new Google+? What are your thoughts on it? Is it going to replace all of the current platforms available or just become one of several you use? Tell us what you think and how you see this new social media network affecting your business!