﻿ Do you Know Why the Hashtag Can Be Good for Facebook? | Social Media Virtual Assistant - Be Social Worldwide

Do you Know Why the Hashtag Can Be Good for Facebook? 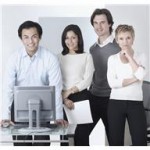 You have probably seen the increased use of hashtags on your Facebook News Feed lately and wondered…why? This is something that has typically only been seen on other social networks like Twitter, used to denote trends. But on Facebook they can seem awkward and out of place. They are not clickable and they don’t show you every post that includes that same hashtag.

The increased use of the hashtag on Facebook is leading many to push for Facebook to go ahead and adopt it into the network so that users can conveniently sort content. Here are some of the reasons that many users would like to see the hashtag join Facebook:

Bring Facebooking into the now.

You don’t often see people “Live Facebooking” during an event. This would be a little awkward since posts do not always show up immediately in peoples’ News Feeds the way they do on a Twitter stream.

Every day, you see “Live Tweeting” events for things like TV shows. That’s because people see Twitter as the “right now” social network, whereas Facebook is a place to add memories and reflect on those things. Instead of posting about a show you are watching at this moment, you will go on later and post about how great it was.

The use of hashtags would make it much easier for people to share moments in real-time.

You see hashtags at the bottom of your TV screen, in advertisements, on coupons and even storefront windows. If Facebook were to get in on the hashtag movement, it could help be a part of a commonality. It is a simple way to create conversations on a variety of platforms.

A hashtag is a simple way to organize data for users in a way that they expect. Niche communities are popping up everywhere and many social networks, like Google+ have taken advantage of the use of hashtags to help bring people together.

Facebook has been on a surge of changes with its News Feed lately, and not all of those changes are appreciated by the users. With an increased number in sponsored posts, people are seeing their News Feed as less of a place to find trending topics.

Adding the hashtag feature will help to create a trend menu that users can make use of when they want to filter content on their News Feed.

The user experience will be enhanced if Facebook adds its own hashtag feature. Not only that, it could be another good source of revenue in the same way that Twitter has experienced. They are used in so many other areas- commercials, print ads, and TV shows- that Facebook is missing out on a lot of opportunities.

Do you think Facebook should just add the hashtag feature already? Or are you tired of seeing people use it in their posts? What benefits do you think you could see if this feature is added?