﻿ Did You Learn from the Old Spice Campaign? | Social Media Virtual Assistant - Be Social Worldwide

Did You Learn from the Old Spice Campaign?

Sure, it may sounds strange, but like it or not we can learn something about social media from the Old Spice campaign.  What you may be wondering?  What he did right! 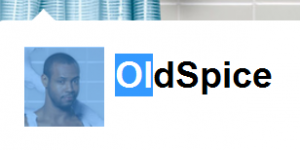 The Ole Spice man, American football legend Isaiah Mustafa, responded to the tweets about his campaign with You Tube videos.  This began a banter back and forth between Isaiah and his followers.  They were “engaging” in a conversation of sorts and he was making them feel involved.

I have always believed that social media is about relationships.  This campaign proves that people want to be listened to. . . Mustafa’s fans knew that he was “listening” because he was responding. They also connected with him on another level because he responded via video.  They connected with him in a way you can’t do in any other form of media.

So. . . learn from the Ole Spice man, engage your audience, listen to them and respond. . . even better through video.